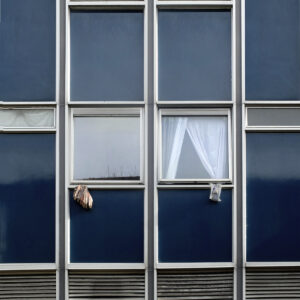 Little attention is given to the way urban morphology echoes resilience and how urban fabric can be linked to social construction. The connection between urban and social forms is often descriptive, elaborating on the homogeneity between the space and its occupation by various social/ethnic groups. But as underlined by A. Levy (1), the sense of shapes and forms is also emphasized by conflictual developments. In this publication, the author argues that urban mutations caused by deep social and cultural ruptures may lead to city’s physical differentiation. This interesting view raises the question of a possible relation between a given physical urban attribute and its resilience level. Examples can be easily found at cities having implemented risk management when facing natural hazards like flooding or earthquakes. And we saw some months ago how lanes path design contributed to Detroit resilience (2). For centuries, mobility patterns influenced city’s grid (3). But do they adapt their physical attributes to better encompass social and/or cultural disruptions? Are they “vulnerability-sensitive”?

The issue of relational vulnerability plays a predominant role in social theories. The concept of cultural capital defended by Bourdieu highlights the role played by the belonging to a group sharing the same social and cultural resources. However, limiting the adaptation ability to the sole performance of individuals could be at best partial if not misleading. As recalled by P. Estevao and Al. (4), social exclusion may occur not only when individuals undergo a shock altering their objective conditions of existence but also when this shock causes the reconfiguration of social structures creating a new socio-cultural environment. Although the link with individual resilience cannot be fully ignored, restricting the question of vulnerability to “heroic behaviors” (4) enabling to respond to a traumatic event would obviously underestimate the complexity of urban configuration and the way culture, structure and social processes interact with each other . But how can we evaluate the relevance of a model that would reconciliate social changes, urban forms and resilience?

In her contribution to the way social and spatial meet, N. Driss (5) questions the role of culture in the definition of new values for future urban planning. She recalls that living the space expresses the inhabitant willingness of a deconstruction-reappropriation process. Risks and circumstances lead to a permanent spatial redefinition which obviously opens the field to a well-known question of urban resilience: do physical attributes and design play a role in helping to bounce forward in case of social/cultural disruptions?

Urban space complexity increases. And for many citizens, cultural, philosophical and religious beliefs are affected by unexpected social ruptures. Acting as a border between inner and outer worlds united by mutual exchanges and interactions, the below work refers to the symbolic of grids. In her seminal essay (6), art historian Rosalind Krauss analyzed their omnipresence in modern art. She showed that grids can be seen either as operating beyond the frame, or as an inside mapping of the world. The analogy with windows that may open “new horizons” has inspired this facade combining both artistic and urbanistic grid’s geometrical interactions. The original photography taken in 2017 can be seen here