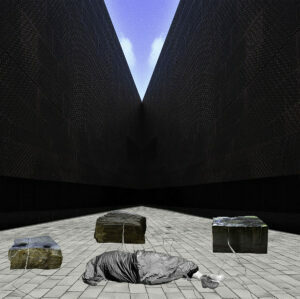 To the question “Is San Francisco ready for the next quake?” you will find city officials saying yes (1) and experts saying no (2). On both sides, arguments are justified on the grounds of improved or perfectible retrofit programs, risk management training and/or infrastructures vulnerability.

To the question “Is San Francisco resilient”, you will find the same answers extended to the necessity of greening the city, reducing the impact of flooding and mitigating sea level rise.

You may also find some statements on the importance of building communities and social equity in official releases (3). But none of them seems to consider that resilience thinking should include the homeless tragedy of this city. The figures are soaring every year. The perspective is terrifying with up to 10,000 homeless in 2019 (4) and a significant share addicted and mentally ill. (5)

Can San Francisco be ever resilient whatever its quake risk management policy? Numerous studies have shown that earthquakes disproportionately damage and destroy the most vulnerable. With no resources, poor access to services and social exclusion, homeless are less likely to be prepared, warned, found or evacuated.

In an extensive and documented paper on Mexico City’s 1985 earthquake, one of the most destructive of the past century, Diane E Davis, MIT, explained that the bounce back logic pushed by authorities did not answer the population expectations, particularly among the poorest, willing to regain their “dignity”, while nothing was done in favor of temporary shelters or first emergency care (6). This shows that a city can recover its infrastructure and economic fundamentals without providing the means for restoring the well-living any population is aiming at. Can San Francisco with its 10,000 homeless do better than Mexico in 1985? One might well doubt it, in view of the boulders installation organized by the Clinton Park residents to deter those having no other choice than sleeping on the streets (7). This anti-homeless architecture is the result of accumulated frustrations due to local politician’s inability to solve a major collective issue.

In San Francisco, disaster recovery and homelessness sound as an unsustainable oxymoron highlighting the failure of a system. Local politicians bear a huge responsibility for such failure and are accountable towards citizens. I feel sorry for them.

The below work is inspired from the “Drawn Stones” of artist Goldsworthy, located at the entrance of the de Young museum. The original cracks aiming to recall the tectonic topography of the area gain here a dramatic perspective. Goldsworthy “Drawn Stones” are echoing Clinton Park boulders, with a dead or alive homeless of the foreground as an allegory of the city future unpredictability.